Mad Men: End of an Era (My Thoughts)


* This post has spoilers if you haven't watched the series finale yet.

So last night my one of all time favorite shows concluded, Mad Men. It was hard to except that I now have to live in Don Draper-less world (there's always reruns and dvds I know lol) Nonetheless a bittersweet series finale. Here are my thoughts about it. I'm primarily going to focus on Don Draper.

Honestly I thought it was a great way to end to series. It started out slow and I was starting to feel a certain type way because I wasn't sure where the story was headed. I will say that I was so happy Don FINALLY found peace. If you've watched Mad Men from the beginning, you know that Don Draper had his demons. Everything from his name Don Draper which was the identity he stole of a fallen soldier in the war (his real name is Dick Whitman), his countless women, the cigarettes, the drinks, and going missing in action when life became too much for him. You can't help but hate to love his character and you can't wait to see what he will say or do next. Not to mention how incredibly handsome and sexy he is.


Now back to Don finding peace, I think that last night's episode showed us that anyone has the ability to change for the better. Going to that peace therapy retreat really bought out his vulnerable side and he was able to release all those negative feelings had inside for so long. The most touching and emotional part in the series finale was Don hugging the man and crying during the counseling session. I think Don knew what it was like to be that man, to feel alone or overlooked at some point during his life (especially during his turbulent childhood). Honestly, I don't see how anyone could watch that scene and not cry. I know I did. His character was even able to come up with the 1971 Coke Ad: I'd like to buy the world a coke. I thought it was awesome how at the end we see Don on the hilltop meditating and smiling as the archive footage of the Coke commercial from 1971 played.


As for everyone else, I think they found peace or made peace with their life. Sadly even though Betty was dying of advanced lung cancer, in the last few minutes of the show we see her smoking a cigarette. Pete got his family back, Roger got married, Peggy even realized her love her Stan (about time!), and Joan started a business.

I don't want to include too many spoilers in case there are people who haven't seen the finale yet, but those are few elements I wanted to focus on. I thought it was a beautiful way to end an AMAZING show. Thank you Mad Men and AMC for entertaining me for the past 8 years! Cheers to the end of an era!

Omg he so hot great show.

Thanks! I thought the series ended well. It was good to see Don find peace.

I know right! I can't think of a better man to play Don Draper other than Jon Hamm! He did an excellent job playing his character throughout the whole series!

I started off watching Mad Men but then got disconnected from it somehow. LOL So glad the finale was great. I love what you wrote. We need to practice those things in our own lives. I love when there is meaning behind something. It means so much more.
http://www.averysweetblog.com/

Thanks! I was very pleased how the show ended. I love how Mad Men displayed that people have the power to change, but the person has to want to change. I think finding yourself is part of the healing process for some people to grow and make better decisions. The meaning of last night's episode was really touching and beautiful.

Nice assessment of Mad Med. I think it's a great show!

Great post Pilar!! Love Mad Men and this was so great to read your thoughts!!!

Thanks same to you!

Thanks! A great show that I'm going to miss!

Thanks! I think I remember you mentioned on IG you liked Mad Men too! I usually don't write posts on things like this, but the series finale had so much meaning and purpose, I felt I had to write something!

Sorry to hear about one of your favorite sites ending. I didn't watch mad men. But I think your post on it was good bc you didn't spoil it to much for ppl.

Thanks! That's why I indicated that it was some spoilers, but I wanted to focus on Don Draper's character. 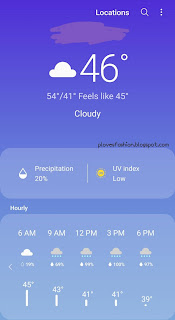