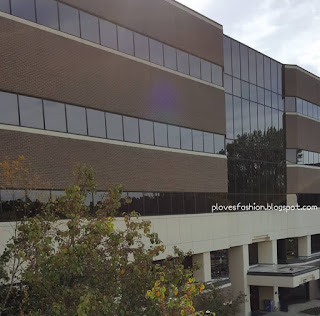 Over the last 5 years that I've been writing on my blog, I've discussed that I suffer from sinus and allergy issues. I've dealt with these problems since I was 2 weeks old. Yes you read that right, 2 weeks old. My mom told me that I was allergic to the material of the outfit I was wearing and I developed a rash! 33 years later I still have the some of the same issues. I've been on almost every allergy medication and nasal sprays I can think of at some point, but lately nothing has been working. Countless sinus infections later, I ended up at SCENT which stands for South Carolina Ears, Nose, Throat.


When I saw my primary doctor in early September 2018 for another sinus infection, she said it was time to see a specialist. My initial appointment at the ENT went well. I was given a solution in my nose. I wasn't to fond of that process. Let's just say I don't like Girl Scout Thin Mint Cookies anymore lol. One of the nasal solutions had a weird bitter chocolate taste, and the other solution had a nasty mint taste. After telling the doctor how much I've been suffering, he wanted me to have an allergy test and a CAT Scan. 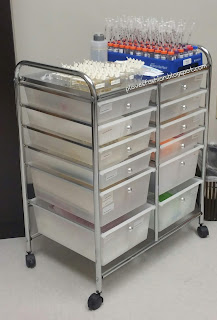 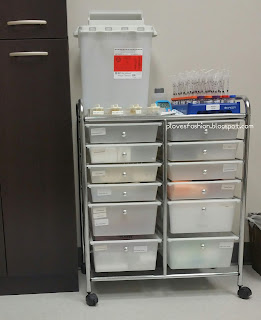 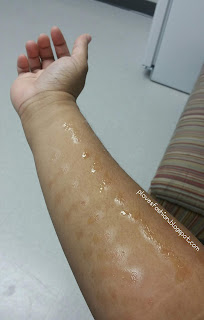 For preparation for allergy testing, I was given a list of medications to stop taking 5 days prior to get accurate results. If you take your allergy meds, the test will likely show you have some kind of antihistamine in your system. I couldn't take any of my allergy medications since they were all on the list. Since I didn't know how I was going to react to the allergy testing my mama came along with me. 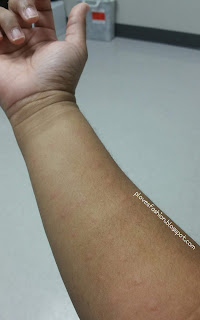 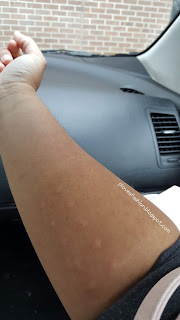 My right arm itched like crazy and it was swollen. This picture was taken in the car about 30 minutes after the first allergy test. My arm was swollen for a few days. I had to take benadryl for a few days to stop the excessive itching on my right arm.

I was hoping that I would finally have answers to why I've been suffering so badly from these sinus and allergy issues, but the solution needed for my allergy test was still not available. So the specialist decided that I would need a Rast Test done. A Rast Test is a type of blood test to test for allergies. Honestly I don't know why I wasn't given the Rast Test from the start when the solution used for the allergy testing was unavailable on Dec. 27th. I was frustrated because I want to feel better, but I'm being patient. If the Rast Test will get get to the bottom of my sinus and allergy issues, then it's worth the wait. I have to reschedule to get the Rast Test done...another cancellation. I'm not going to let this get to me. I also had to go another 5 days without my allergy medications so and along with the cold I had, I was feeling pretty miserable. The upside of the cancellation is that I spent the day with my mama for her birthday. She went with me again.

Update: I received a call from SCENT and once again they want to proceed with the allergy testing. Instead of the Rast Test, I'll be waiting to recieve another call to reschedule the rest of my allergy test once the solution for the needles are in the office. I'm assuming I'll have the cat scan then as well.

I see my primary doctor next month, and I'm definetly letting her know what's going on. My hope is that if I can't get another appointment for the allergy test before I see my primary doctor, she can give me another referral for another specialist if needed.  I'm hoping I can adjust my allergy medications this time instead of going off my medication completely. I'm optimistic that I'll have some relief for my allergy and sinus problems. I know this was a extremely long post today, but I plan on writing another post (shorter than this post lol) once I find out more.

My husband has gone through this type of allergy testing and unfortunately they weren't able to draw any conclusive results. I hope it all works out better for and they can get to the bottom of how to alleviate your allergy and sinus issues.

Oh no! you are going through too much! hope everything will be fine soon!

I hope you get some definitive results to help you! Hang in there, Pilar.

I hope you can find some replies
xx

I hope you'll get conclusive results for your allergy tests!

Oh my gosh! You are really going through it! Its pitiful. It pisses me off how doctors will just give you a run around and no answers. Years ago a spoon of honey (and comb) was the best remedy. I hope you can find some answers soon.
Lisa

I'm so sorry for you, dear... It's very tiring to not to know what kind of allergies you have. Sending you positive vibes!
Hugs ♥

hello pilar
I hope you find a solution to your problem.

I hope you'll be able to get the answers you're seeking. Allergies are no fun!

I'm pretty much allergic to everything, lol... I would hate to see how my test would show up! - http://www.domesticgeekgirl.com

Great information about the process of this allergy test.

I'm sorry that you're going through all this drama Pilar! Hopefully the specialist will be able to help you find relief with your allergies.

I hope you'll get results and figure out what exactly you are allergic to.

I hope you find relief soon, Pilar. My daughter suffers from multiple allergies. I know how hard that can be.

Thanks Rowena! It's been a long journey, but I'm being optimistic. I hope that your husband finds conclusive results if he goes back for allergy testing.

Thanks Krishna! I hope so too!

Thanks Lisa! The worse part is that I had to stop taking my allergy/sinus medications for 5 days well in my case a total of 10 days due to SCENT rescheduling and cancelling the appointments. It's been a very frustrating process.

Lol I know what you mean! I'm not sure of exactly what environmental factors are causing my allergy and sinus issues. 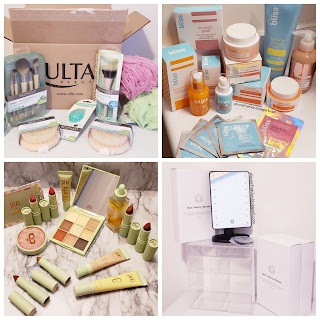