October is Domestic Violence Awareness month. I've written about this topic numerous years based on my own personal experience and awareness in general. 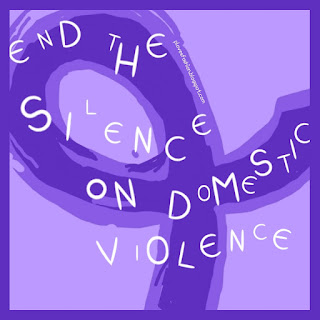 I moved forward with my life and I never looked back. Once I made that decision in March 2017 to done with him, I meant it. Healing from domestic violence in the form of verbal and emotional has been hard. I'm proud of myself for getting through that situation, but some of the emotional scars are still there.

As I mentioned before just because a person doesn't put their hands on you doesn't mean they're not abusive. Please understand abuse comes in different forms. It's known that most abusers typically start with verbal, emotional, and mental abusive that can lead to physical abuse.

People typically wonder why does she stay? Honestly the question should be why another person think it's okay to mistreat and hurt some they claim to love? Speaking for myself I stayed off an on for a little over a year. Like many women I thought that he would change. Every argument was followed with a I love you and a broken promise. Thankfully I decided enough was enough and walked away.

The woman you see today is a woman that knows her worth. I chose myself over toxic relationships. I love myself enough to know that I deserve to be happy.

💜I am also a survivor of domestic violence. I have a story but rarely talk about it. Love and Hugs Pilar!💜

Beautiful awareness picture Pilar. I also really like your purple styling and your make up look. I think it is important to speak about this topic because many people don't know that abuse can be verbal, emotional and mental.

Purple is a beautiful colour on you and this is a great cause to raise awareness of! There is so much help out there! :)

Hope that you are having a great weekend :)

You rock that shade doll

You look beautiful Pilar! Thank you for sharing your story and bringing awareness to domestic violence.

This is really an important message!

Just stopping by to wish you a lovely week ahead!

you look beautiful and beautiful words about domestic violent awareness...

Have a wonderful day.

You look great! This is such an interesting topic.
Thanks for sharing.

I remember you mentioned you were a survivor of DV. DV of any kind can be difficult to discuss. Love and hugs to you too Lisa! 💜

Thank you Mica! Have a great rest of the week!

Thank you Lovely for your kind words!

Thank you, and you're welcome Marie!

Thank you Ivana! I hope you're having a great week!

Thank you Tanza! Have a great day!

Hello Everyone! The sunny and cool weather in South Carolina has been absolutely beautiful the past few days. I saw on the news it won'... 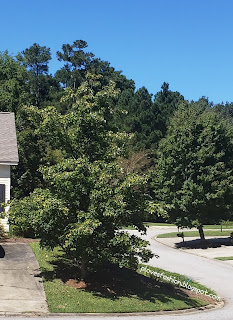